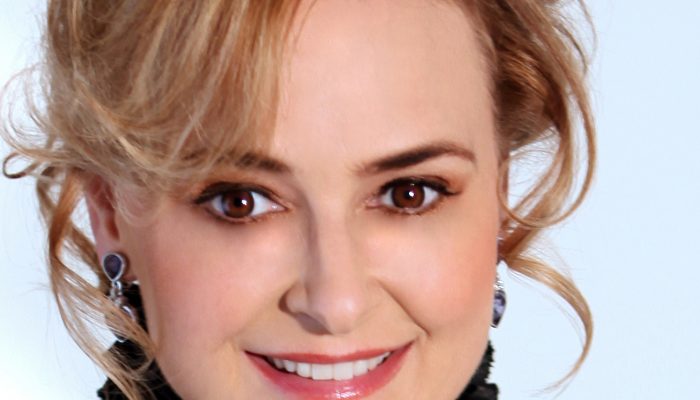 Michelle Breedt, one of the leading mezzo sopranos of her generation, began her career at the Opera Studio in Cologne, before she joined the Staatstheater Braunschweig where she performed a range of Mozartean and bel canto mezzo-soprano roles as well as non-standard repertoire such as Diana/Giove (La Calisto), Anna (Die sieben Todsünden), and Melisande in a production directed by Brigitte Fassbaender who also directed her first Octavian, Charlotte (Werther), Carmen, Brangäne and Didon in Les Troyens. The works of Berlioz feature strongly in her repertoire. Invitations from larger opera houses followed quickly and as a freelance singer Michelle Breedt has appeared regularly at the Semperoper Dresden, Staatstheater Hamburg and Deutsche Oper Berlin, as well as at the Paris Opéra, in Amsterdam, Lisbon, Barcelona, Madrid, Tokyo and Hong Kong. A project which brought her especial recognition was the world premiere of Weinberg's "The Passenger" first seen in Bregenz in 2010, then at the ENO in London. Forthcoming productions are planned for Houston and New York.

In 2000 she made her debut at the Bayreuth Festival as Magdalene (Die Meistersinger von Nürnberg) under Christian Thielemann, returning almost annually since then for Fricka and Brangäne and in the summer of 2012 her highly successful debut as Venus in Tannhäuser. Appearances at the Salzburg Festival feature in her calendar. Two major opera houses with whom she has enjoyed a special relationship are the Vienna Staatsoper (where she was awarded the Eberhard Wächter Medal) and the Zurich opera, where she added many major roles to her repertoire, and sung such highlights as Oktavian, the Composer, Brangäne and Adalgisa.

Recitals and concerts feature large in Michelle Breedt’s career. She is a regular visitor at the Schubertiade Festival in Austria, and has also appeared at the Wigmore Hall in London, the Carnegie Hall in New York, the Berliner Philharmonie and Schauspielhaus, and the Wiener Konzerthaus and Musikverein. She has worked with the leading conductors of the day, amongst others Gerd Albrecht, Christoph von Dohnányi, Nikolaus Harnoncourt, Mariss Jansons, Marek Janowski , Seiji Ozawa, Sir Simon Rattle, Peter Schneider, Jeffrey Tate, Christian Thielemann, Andrés Orozco-Estrada and Franz Welser-Möst.

Michelle Breedt has numerous CDs and DVDs to her credit. Her song recital "Shakespeare Inspired" won the German Critics Award and the Five Star Diapason. Her second recital disc has just been released , "Schubert- Jahreszeiten".