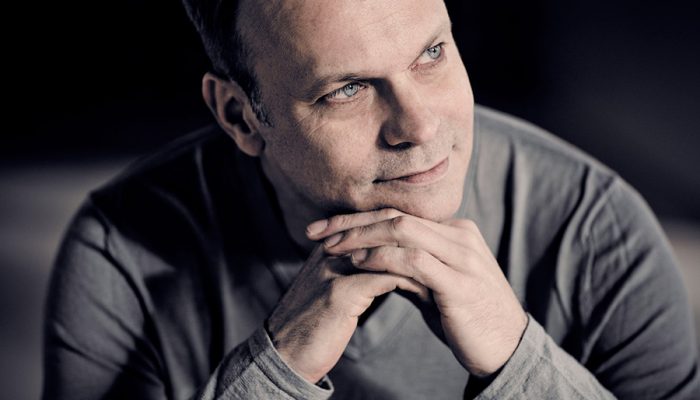 Born in Vienna, Stefan Vladar is one of Austria’s most remarkable musical personalities. He performs regularly as a conductor and pianist in music centres throughout Europe, America and Asia. In the 2015/16 season, the Vienna Concert House celebrated his 50th birthday with a series of 13 concerts in which he displayed his diverse artistic scope as a soloist, conductor, accompanist and chamber musician.

In autumn 2015, the Austrian Label CAPRICCIO started a close partnership with Stefan Vladar and released a CD with solo piano compositions by Maurice Ravel. In 2016, a 4 CD-Box with the complete recording of Beethoven’s solo concertos – 5 piano concertos, triple concerto, violin concerto and 2 violin romances – followed, featuring Stefan Vladar performing as a pianist and conducting his Vienna Chamber Orchestra. In addition, a recording of Schubert’s three major song cycles is currently being prepared with Bo Skovhus.

Stefan Vladar has been guest artist of the Salzburg Festival, Schubertiade Schwarzenberg, Musikfest Bremen, Schleswig-Holstein Music Festival, Ludwigsburg Schlossfestspiele, Rheingau Music Festival, Piano Festival Ruhr, Schwetzing SWR Festival and the festivals of Aix-en-Provence, Bergen, Bogotá, Edinburgh, Gstaad, Hongkong, Osaka as well as the Opéra Bastille Paris and the Musikverein Vienna. He was „Artist in residence“ of the Bodenseefestival and the Duisburg Philharmonic. Since almost 20 years he has been Artistic Director of the „Neuberger Kulturtage“.

Vladar’s discography includes more than 30 releases for labels such as harmonia mundi and Sony Classical, documenting his work as a pianist and as a conductor with works by Haydn, Schubert, Schumann, Chopin, Prokofiev and Scriabin.