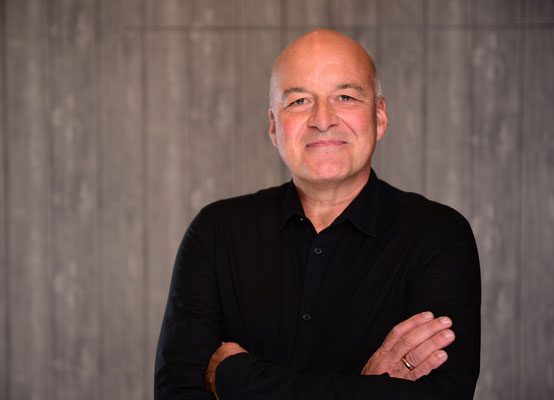 Andreas Schmidt was born in Dusseldorf. He first studied piano, organ and conducting, then singing with Ingeborg Reichelt in Düsseldorf and Dietrich Fischer-Dieskau in Berlin.

In addition to his obligations as an opera and concert singer Andreas Schmidt has made a name as a song singer. For many years, the singer has a solid artistic partnership with the pianist Rudolf Jansen, but he has also always made music with other partners, such as Vladimir Ashkenazy, Elena Bashkirova, Daniel Barenboim, Jörg Demus, Helmut German, Hartmut Höll, Burkhard Kehring, Geoffrey Parsons, Pauliina Tukiainen and Roger Vignoles.

Numerous radio and television recordings document the artistic range of the singer from Bach to Rihm, as well as the more than 130 record productions for DGG, BMG, Philips, Decca, Teldec, Sony, EMI, CPO, Hänssler and others, which have received numerous prizes such as the German Record Award, the Grand Prix du disque, or the Echo Klassik.

Andreas Schmidt is also a sought-after artist at major festivals, such as the Salzburg Festival, the Vienna and Berlin Festival, Aix-en-Provence, Edinburgh and Glyndebourne. In Bayreuth he was for seven years Beckmesser in the "Meistersinger of Nuremberg" at the Festival under the direction of Daniel Barenboim and Christian Thielemann and five years Amfortas in "Parsifal" under Giuseppe Sinopoli, Christoph Eschenbach and Christian Thielemann.

Andreas Schmidt works as a juror in international singing competitions, gives master classes at home and abroad, he is a member of the Free Academy of the Arts Hamburg and honorary member of the Richard-Wagner-Verband Düsseldorf. 1997 was awarded the title of "Kammersänger" by the Senate of the Free and Hanseatic City of Hamburg 2008 he accepted the call for a professorship for voice at the Academy of Music Carl Maria von Weber, Dresden, since 2010 he takes a professorship at the University of Music and Theater, Munich, true.