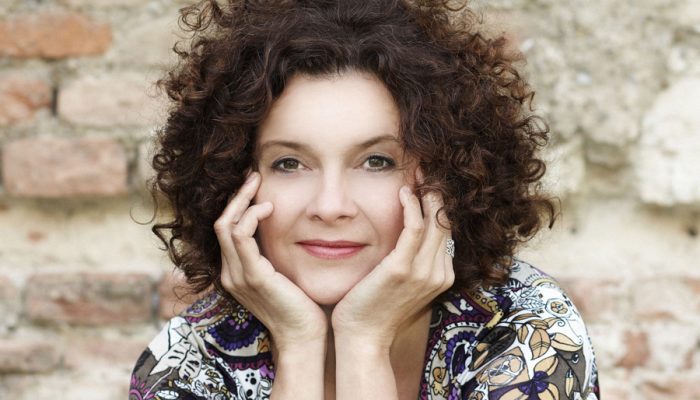 The Austrian mezzo soprano Angelika Kirchschlager is one of the outstanding singers in her field internationally. For many years, the native of Salzburg has been singing at the great opera and concert halls of the world, impressively demonstrating her great vocal variety, her sensitive interpretive ability and her versatility.

She has set international standards in trousers such as the Cherubino in Mozart's Le nozze di Figaro or as Octavian in Strauss's Rosenkavalier. But in addition to Mozart and Strauss, she is also causing a sensation in title parades such as in Pelléas et Mélisande or in Britten's The Rape of Lucretia. Unforgettable is her interpretation of Sophie in Nicholas Maw's opera Sophie's Choice.

2007 was named Angelika Kirchschlager at the time the youngest chamber singer of the Vienna State Opera, 2009 an honorary member of the Royal Academy of Music in London. She worked as a professor at the Salzburg Mozarteum and at the Graz University of Arts and regularly gives international masterclasses. In May 2013 she was awarded the European Cultural Prize by the European Cultural Foundation Pro Europa for her contribution to preserving the cultural heritage of classical music, both on stage and in the promotion of young talent. At the Austria 2014 Gala, she was named Austrian of the Year by the newspaper Die Presse in the category 'Cultural Heritage', 2015 was nominated for the 'Look! Women of the Year Awards "voted Woman of the Year.

With particular attention Angelika Kirchschlager dedicated to song and concert singing. Performances lead her to the big concert halls in Europe, Japan and the USA. Their extensive repertoire ranges from Bach, Brahms, Debussy and Korngold, Mahler, Mendelssohn and Rossini, to Schubert, Schumann, Strauss, Weill and Wolf.

2010 won her fourth ECHO Klassik with her CD "Robert Schumann: Lieder", as a song recording of the year. Her current recordings include song albums with works by Mahler, Brahms and Liszt. For the Liszt recording she was awarded in London with the BBC Music Magazine Award 2013. In addition, she is a GRAMMY award winner.

Many important conductors have accompanied Angelika Kirchschlager's career, including Sir Simon Rattle, Riccardo Muti, Seiji Ozawa, Claudio Abbado, Sir Colin Davis, James Levine, Kurt Masur, Kent Nagano and Donald Runnicles. Accordingly, she has been heard at houses such as the Milan Scala, the Royal Opera House in London, the Metropolitan Opera in New York, the Opera Bastille in Paris, the Vienna and Munich State Opera, the Salzburg Festival, the Deutsche Oper Berlin, the San Francisco Opera, the Berlin Philharmonic, the Salle Pleyel and the Cité de la Musique in Paris, Avery Fisher and Carnegie Hall in New York, the Boston Symphony Hall and the Barbican and Wigmore Hall in London.

She studied singing at the Wiener Musikakademie under Walter Berry and Prof. Gerhard Kahry. Mrs. Kirchschlager lives in Vienna.