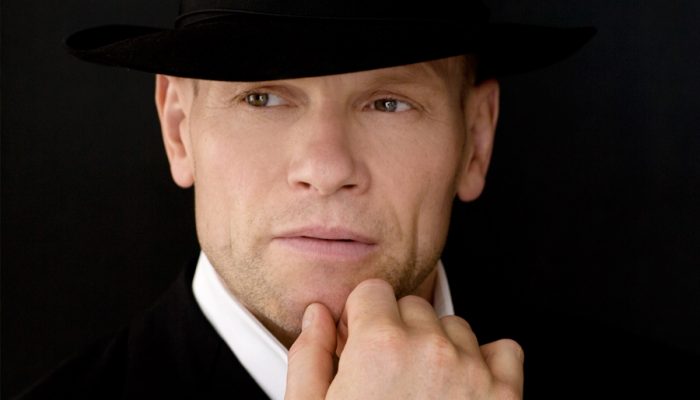 The Danish baritone Bo Skovhus studied in Aarhus, Copenhagen and New York. Vienna, where his career 1988 began at the Volksoper, is still his artistic center. 1997 was awarded the title of Austrian Chamber singer.

Bo Skovhus' engagements in recent years include the title role in Reimann's Lear in Hamburg, Nick Shadow (The Rake's Progress) in Duisburg and Turin, the monodrama Siegfried, nocturne written for him by Michael Jarrell at the Wagner Geneva Festival 2013, and Count Almaviva in concert Nikolaus Harnoncourt at the Theater an der Wien and scenic in Düsseldorf, Amfortas at the Deutsche Oper Berlin and Kurwenal with the Auckland Philharmonia Orchestra in New Zealand.

In the 2014/15 season he sang the Count in Capriccio at the Lyric Opera of Chicago, Peter (Hansel and Gretel) in Madrid, Danilo and the title role in Dallapiccola's Il prigioniero in Cologne and Dr. Schön (Lulu) at the Bavarian State Opera. After his acclaimed appearance in Rihm's Die Eroberung von Mexico at the 2015 Salzburg Festival, he is among others as Beckmesser and Lear at the Paris Opéra, in the title role in Werner Egks Peer Gynt at the Theater an der Wien, as Mandryka at the Vienna State Opera and in the Title roles in Der Graf von Luxemburg and Wozzeck are on stage in Düsseldorf.

At the Salzburg Festival he made 1990 debuts in Krenek's Orpheus and Euridice and has since appeared here as Frank and Fritz, Count Almaviva and Don Alfonso as well as in recitals and concerts.

As part of his opera and concert appearances, Bo Skovhus has worked with many of the most respected conductors of our time. He has also distinguished himself internationally as an outstanding song interpreter. His concert repertoire focuses on the works of Gustav Mahler, the Scandinavian compositions as well as Frank Martin's Everyman Monologues and Zemlinsky's Lyrical Symphony.