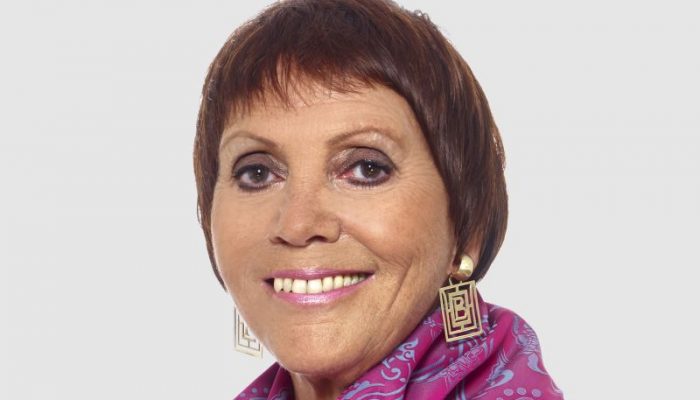 Brigitte Fassbaender is the daughter of actress Sabine Peters and the baritone and chamber singer Willi Domgraf-Fassbaender. The first vocal training she received from her father, who also remained her only singing teacher. From 1958 to 1961, Brigitte Fassbaender studied at the Conservatory in Nuremberg and was already a member of the Bavarian State Opera from 1961, where she was a member of the ensemble for almost 30 years. Guest engagements have taken her to all the world's leading opera houses (including Covent Garden, Teatro alla Scala, San Francisco Opera, Metropolitan Opera, Vienna State Opera or the Opéra national de Paris). Brigitte Fassbaender was also a regular guest at 1972 at the Salzburg Festival, 1983 and 1984 as Waltraute in the Götterdämmerung at the Bayreuth Festival.

In the operatic field, Brigitte Fassbaender embodied a very different range of roles, which included not only roles such as Octavian in Der Rosenkavalier (her parade role for many years), Sesto in La clemenza di Tito, Dorabella in Così fan tutte or Charlotte in Werther (one of her favorite roles), but also Prince Orlofsky in Die Fledermaus, Orestes in Die schöne Helena, Brangäne in Tristan and Isolde, the title role in Carmen, Eboli in Don Carlos, Marina in Boris Godunov, Klytämnestra in Elektra, the Lady Milford in the world premiere of Gottfried von Einems opera Kabale und Liebe (UA 17.12.1976 Vienna State Opera) or the Countess Geschwitz in Götz Friedrich's production of Alban Berg's Lulu at the Deutsche Oper Berlin (1982). She was considered a prototype of the singing actress, because singing never meant an end in itself for her, but was always associated with dramatic passion, detailed work in the scene and psychological penetration of the works.

Another focus of her work was the concert and song singing. Brigitte Fassbaender gave annual recitals from 1983 at the Wigmore Hall in London and from 1985 at the Schubertiade. Her repertoire included songs by Franz Liszt, Richard Strauss, Johannes Brahms, Franz Schubert and Gustav Mahler, among others. As the only woman to date she recorded the three great Schubert cycles (Die schöne Müllerin, Die Winterreise, Schwanengesang). 250 CD and LP recordings, most of them in the song and concert area, document their significance as a singer. Her recordings have received numerous awards, including twice the prestigious Gramophone Award (1987, 1992).

1994 ended her career as an opera, song and concert singer to focus on opera and drama. Her work focuses on works by William Shakespeare. From 1995 to 1997, Brigitte Fassbaender was an interim opera director at the Staatstheater Braunschweig. In the years from 1999 to 2012, she directed the Tiroler Landestheater as artistic director. 2002 took over the artistic direction of the Eppaner Lied summer. In addition, she held the artistic direction of the Richard Strauss Festival in Garmisch-Partenkirchen from 2009 to 2017. Since 2005, she succeeds Wolfgang Sawallisch as chairman of the Richard Strauss Society (RSG) in Munich.

Brigitte Fassbaender is also active as a vocal pedagogue. She passes on her knowledge in masterclasses / workshops in Germany and abroad to the young singers. Her students include Juliane Banse, Michelle Breedt, Anke Vondung, Christiane Libor, Martin Mitterrutzner and Janina Baechle.

Brigitte Fassbaender translated the librettos of Jacques Offenbach's Robinson Crusoé (2006) and Michael Nyman's Love Counts (2008). 2010 wrote the lyrics for Lulu - the musical (after Frank Wedekind, music: Stephan Kanyar). The premiere took place on the 15. May 2010 at the Tiroler Landestheater in Innsbruck. There followed at the 5. May 2012 premiered the musical Shylock !, to which she also wrote the libretto (after Shakespeare's tragicomedy The Merchant of Venice, music: Stephan Kanyar).