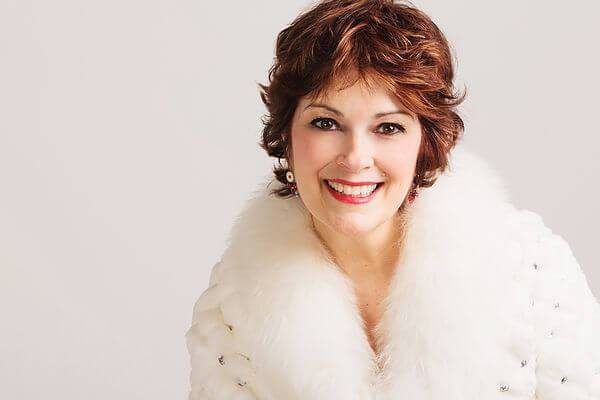 Jennifer Larmore is an American mezzo-soprano, with a wide-ranging repertoire, having begun with the coloratura roles of the Baroque and bel canto then adding music from the Romantic and Contemporary periods.

She began her career at Opera de Nice in 1986 with Mozart's La Clemenza di Tito and went on to sing at virtually every major opera house in the world, including the Metropolitan Opera, La Scala, Paris Opera, Tokyo, Berlin Deutsche Oper, and London Covent Garden.

Jennifer's repertoire has expanded to include new roles such as "Marie" in Berg's masterpiece Wozzeck, which she recently sang to great success at the Grand Théâtre de Genève. Berg is now a specialty of Miss Larmore, with her having sung “Countess Geschwitz” in Berg's Lulu at Covent Garden in the Christof Loy production with Tony Pappano, then again in Madrid. At Paris Opera Bastille she sang in the Willy Decker production and, she reprized the role yet again in a new production of William Kentridge with Lothar Zagrosek conducting for the Nederlandse Opera, and at the Rome Opera. She has also become well known for "Kostelnička Buryjovka" in Janacek's Jenůfa which she performed with Donald Runnicles at Berlin Deutsche Oper. The DVD of this production was nominated for a Grammy. She reprized her "Kostelnička" in this same production for the New National Theater in Tokyo. “Lady Macbeth” in Verdi's opera Macbeth is a role she debuted in a striking new production of Christof Loy at the Grand Théâtre de Genève, then in the Bob Wilson production in Bologna and Reggio Emilia. Her first “Eboli” was in the French version of Don Carlos at the Caramoor Music Festival in New York, with Will Crutchfield conducting, and she sang “Jocasta” in Stravinsky's Oedipus Rex at the Bard Festival. Adding to her growing list of new repertoire, Miss Larmore debuted the role of "Mère Marie" in Les dialogues des carmélites at the Caramoor Festival, New York. She went back to her roots with "Ottavia" in Monteverdi's l'Incoronazione di Poppea at the Theater an der Wien in October 2015 and returned there in December 2016 for her debut in the role of "Elvira" in Mozart's Don Giovanni.

Miss Larmore, in collaboration with the double bass player Davide Vittone, has created an ensemble called Jennifer Larmore and OpusFive. This a string quintet offering programs that are entertaining and varied with Songs and Arias, Cabaret / Operetta and Movies and Broadway. They have given concerts in Seville, Pamplona, ​​Valencia, Las Palmas, Venice, Amiens, Olten, Aix en Provence, Dublin, and Paris. At the Magève Festival in August, 2018 they presented a World Premiere work by composer Scott Eyerly, called Creatures Great and Small on the theme of animals.

Throughout her career Jennifer Larmore has garnered awards and recognition. In 1994 Jennifer won the prestigious Richard Tucker Award. In 1996 she sang the Olympic Hymn at the Closing Ceremonies of the Olympics in Atlanta. In 2002, “Madame” Larmore was awarded the Chevalier des arts et des lettres from the French government in recognition of her contributions to the world of music. In 2010 she was inducted into the Georgia Music Hall of Fame in her home state of Georgia. In addition, to her many activities, travels, performances and causes, author Jennifer Larmore is working on books that will bring a wider public to the love of opera. Her new book "Una Voce" is available at Barnes & Noble, Amazon, and Lulu.com and explores the world and psychology of the performer: web site: jlarmorebook.com.

Miss Larmore is widely known for teaching and giving master classes and in 2018, she went to New York's Manhattan School of Music, Santiago, Chile, Luxembourg, Atlanta, and to the new Teatro Nuovo at Suny Purchase College, New York. She began the New Year 2019 with master classes for the Atlanta Opera and Kennesaw State University in Kennesaw, GA. In March Miss Larmore gives master classes and workshops at the École Normale and for the Philippe Jaroussky Academy in Paris.

The 2017 season saw Jennifer debut "Anna 1" in Kurt Weill's The Seven Deadly Sins for the Atlanta Opera, then return to Hamburg State Opera for the title role in La Belle Hélène. In 2018 she debuted the role of "La Dama" in Hindemith's Cardillac for the Maggio Musicale in Firenze, "Fidalma" In Il Matrimonio Segreto for Opera Cologne, and "Marcellina" In Le Nozze di Figaro in Tokyo. Engagements in 2019 will include concerts in Grenoble, Olten and Magève with OpusFive and she will return to Opera Köln in the title role of a new production in her on-going collaboration with Doucet / Barbe of La Grand Duchesse de Gérolstein. In the next seasons of exciting new debuts will include "Genevieve" in Pelleas et Melisande in Parma, Modena, Piacenza and "Herodias" in Salome for Atlanta Opera and at the New National Theater in Tokyo.