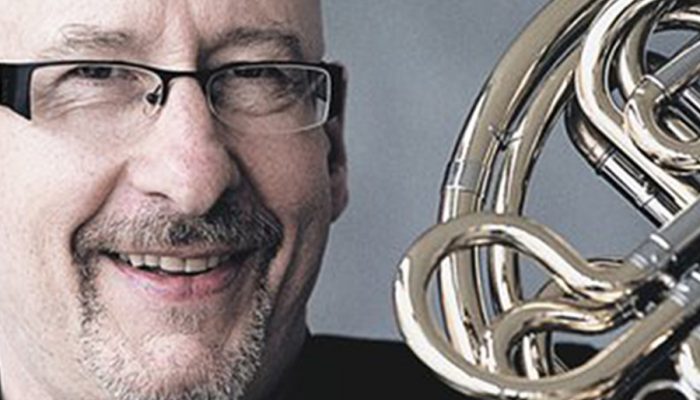 "It means a lot to me to play for the Berliner Philharmoniker. The orchestral sound is unique, it is very important to quality - in every way. In addition, the attitude to work is very positive! "

For Stefan de Leval Jezierski, there were reasons enough to switch from the trumpet to the horn: So he found the sound and optics of the instrument great. In addition, the wind band of his school needed horn players, his favorite composer Mozart had written more for the horn than for the trumpet, not least, the career prospects seemed better with this instrument. Born in Boston, he was educated at the North Carolina School of Arts and at Myron Bloom at the Cleveland Institute of Music. Already during his studies he participated in concerts and tours of the Cleveland Orchestra.

Before joining 1978 as a horn player for the Berliner Philharmoniker, he spent two years as a solo horn player at the Staatstheater Kassel. As a soloist and chamber musician, Stefan de Leval Jezierski performs at major international music festivals in Europe, Asia and America. He is one of the founding members of the Scharoun Ensemble Berlin; He has been teaching at the Berlin Philharmonic Orchestra Academy for several years and Professor hc at the Shanghai Music Academy. He has a jazz band, has been playing team tennis in the Grunewald TC for over 20 years and is also very interested in art.